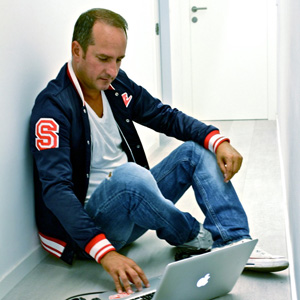 Producer and business man, always at the cutting edge of Ibiza life, he leads worldwide music distribution with ibizacdmusic.com and ibizabeachesonline.com, in 1999, he started off his first compilation “Las Tardes in Pacha” to round number sixteen in 2014.

In 2007, he co-founded with his friend Dj Pippi the Aluminium Records label, that is now a world reference in Chill Out Music. Alminium Records was the first original project featuring the real Chill music of Ibiza and Formentera islands in all their dimension. It is a genuine artistic contribution to the balearic pure musical landscape.

In 2012, he launched the project “Formentera Chill” who reached the top, celebrating  Formentera beauty, the neighbouring island of Ibiza, that has been followed in late 2013 by a Deep House album called “Deep in Ibiza”, and another production in 2014, mixing Chill Out and House “Made in Ibiza” by Miguel Vizcaino.